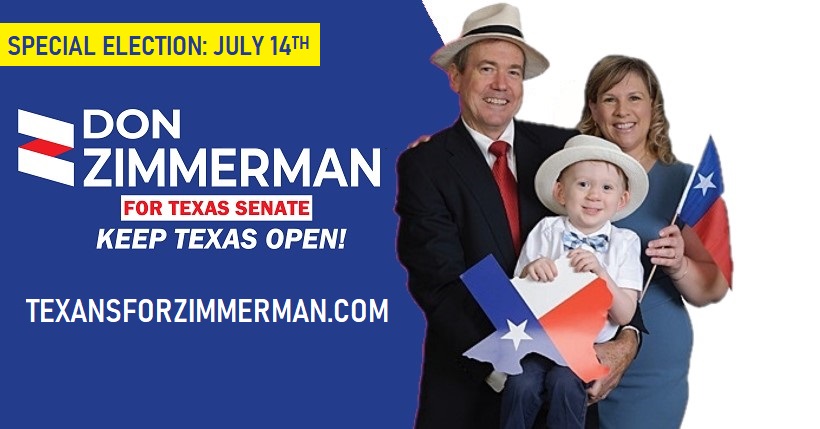 Don Zimmerman is the leading Republican running in the Senate District 14 Special Election. He's a proven conservative, having represented taxpayers from his local MUD board to Austin City Hall. Let's send Don to the Texas Capitol to replace outgoing liberal Sen. Kirk Watson!

How else can I help?

Advertising isn't cheap, so every dollar counts. Give today at TexansForZimmerman.com.

Watch for other opportunities at www.Facebook.com/TexansForZimmerman.

How do I vote?

See if you're eligible to vote in SD 14 by finding your state Senate district at www.VoteTravis.com.

Early voting begins Monday, June 29 and ends Friday, July 10. Election day coincides with the Primary Runoff on Tuesday, July 14. If no candidates get more than 50% of the vote it goes to a special election runoff later in the fall to be called by the Governor.