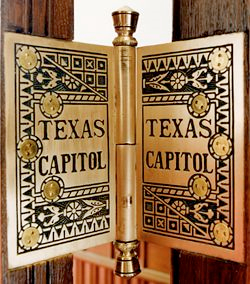 The following is the resolution that passed via a show of hands at the September Travis County GOP Executive Committee meeting. It is posted as submitted with no edits.

Whereas, The Speaker of the Texas House of Representatives is one of the most powerful and influential officials in the State of Texas, and the current Speaker of the House has publicly stated that his constituency is not the people of Texas; and

Whereas, the Speaker assigns bills to committees and is thus able to control which bills come to a vote and which do not through his influence over committees, chairmen and the legislative process, and very few conservative bills ever make it to the floor of the House for a vote, being stopped in committee, stalled in the notorious Calendars Committee, or diluted in committee markup; and

Whereas, the Speaker has through such dilatory and obstructionist means, consistently denied the House the opportunity to act decisively upon conservative policies supported by Texas voters, and the platform and priorities of the Republican Party of Texas; and

We further call on Texas House Republicans to only support, nominate and elect Texas House Speaker candidates and Speakers who support the platform and principles of the Republican Party of Texas.