Your chance to be up close and personal with Sean Spicer 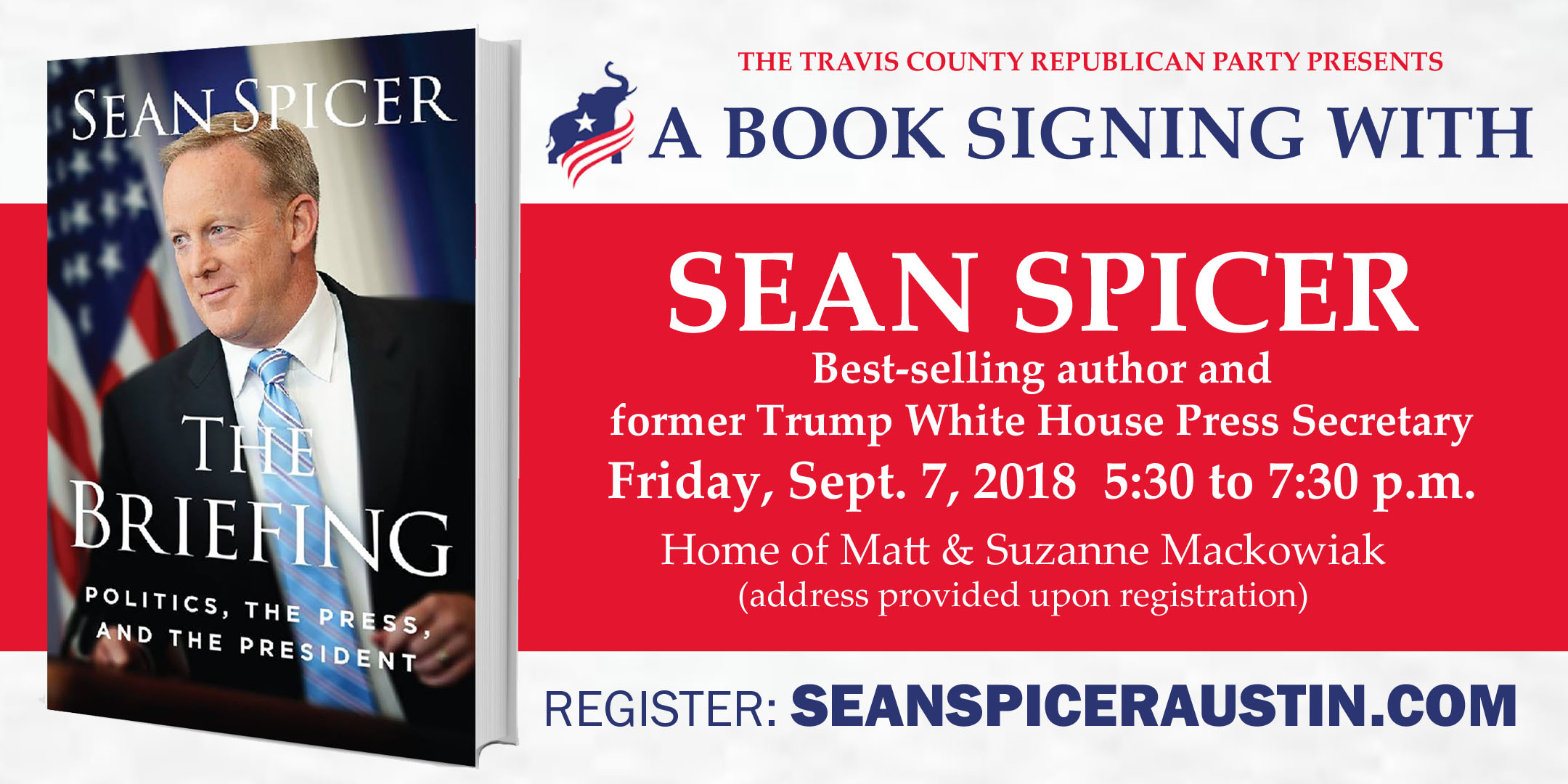 Thank you! We had a fantastic private luncheon at the Headliners Club and a tremendous evening reception, especially with the rain staying away! We had over 150 people in the home of Matt and Suzanne Mackowiak and we sold all 250 books. We pulled this event together in 13 days since our wildly successful Summer Bash with Dinesh D’Souza was held two weeks ago with more than 400 people (!) in attendance. Now on to the November election ...

At noon, Sean headlined a private lunch for our Chairman's Circle members at Headliners Club.

In the evening, Suzanne and I were honored to host Sean in their home for a book party.

Our Sustainers were invited to a private reception at 4 p.m. to reward their monthly financial contributions to TCRP.

Finally the general reception began, with my introduction of our guest and opening remarks from Sean and then 20 minutes of Q&A.

Thank you to Lauren Day, Gary Teal, Elise Grusendorf, Cornelia Wood and Andy Hogue for their incredible work on this event.

I want to personally thank all our our wonderful volunteers, including Madison Huerta, Brian Schwaegel, Brittany Eck, Nick Allen, Zach Hundt and everyone else! Edward Hauser was a godsend and contributed so much.

It was a great night!

Click the banner to learn more and reserve your spot, or see the links below.

Guests will receive a personally signed book, while enjoying light bites and drinks.

The Host Committee is invited to arrive early for a private cocktail reception and photo with our special guest. Photos are ONLY available at this level.

Valet parking is included with all tickets.