How much damage was done by 'Sanctuary County' policy? We intend to find out 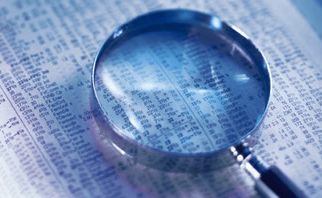 Below is the text to our letter to the Travis County Sheriff's Department seeking answers on what effect sanctuary policies has had on the county. This letter invokes the Texas Public Information Act which may be read about here. Your financial support helps us to keep local government accountable.

UPDATE: (7/19/17) Responses so far have been inadequate, as a known Mexican gang member was released. See related press release.

Pursuant to the Texas Public Information Act, Texas Government Code, Chapter 552, I am requesting an opportunity to inspect or obtain copies of public records in your department’s possession that relate to the release of criminal aliens who have been arrested from February 1, 2017 to June 15, 2017.

If there are any fees for searching or copying these records, please inform me if the cost will exceed $100. However, I would also like to request a waiver of all fees in that the disclosure of the requested information is in the public interest.

The Texas Public Information Act requires that you &quot;promptly produce&quot; the requested records unless, within 10 days, you have sought an Attorney General's Opinion. If you expect a significant delay in responding to this request, please contact me with information about when I might expect copies or the ability to inspect the requested records. If you deny any or all of this request, or if you need any more information, please call me at 512-469-9090.

As a Travis County resident and as Chairman of the Travis County GOP, an organization that represents all Republicans in Travis County, especially the 84,000+ voters who cast ballots in the 2016 Republican primary election, I am also writing to inquire about public safety in Travis County and hope that you will respond to our written questions.

After you were sworn in you announced that you would reduce cooperation with federal immigration authorities when Immigration and Customs Enforcement (ICE) requests that an inmate be flagged for possible deportation.

Your policy, which you announced on January 20 and which took effect on February 1, announced that the Travis County Sheriff’s Office (TCSO) would no longer honor ICE detainer requests except in cases of capital murder, first-degree murder, aggravated sexual assault or human smuggling.

Apart from the public information request, here are our questions:

2) Precisely how many individuals who would have been subject to ICE detainers when they were arrested have you chosen to release from February 1, 2017 through June 15, 2017? What were they charged with?

3) Do you have a record of whether any of these released individuals committed additional crimes in Travis County once they were released, and if so, what crimes were committed?

4) Would you release a list of all criminal alien arrests and post it to your TCSO website, as your predecessor Sheriff Greg Hamilton did? If not, why not?

Thank you for providing a thorough and timely response to our public information request and to my questions.